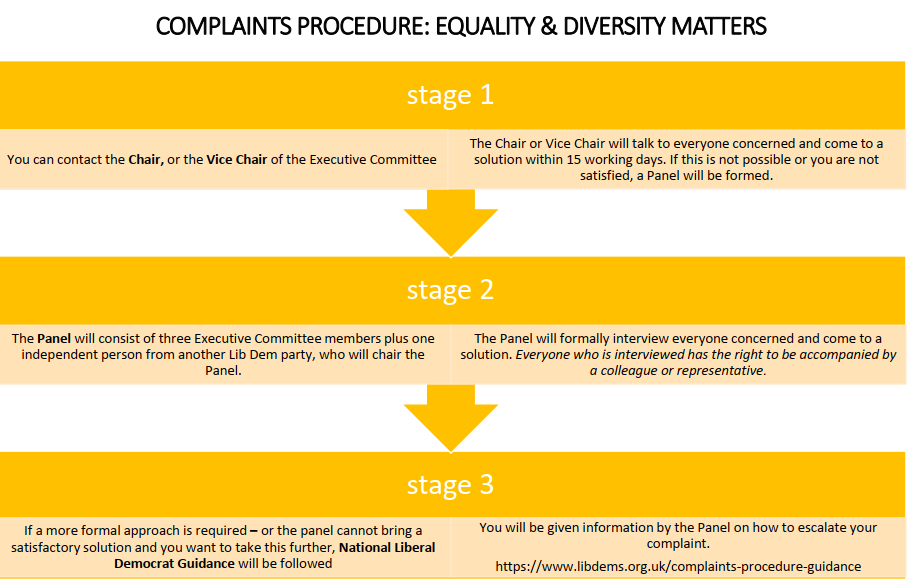 The first stage for a complaint should be to contact the Chair, or the Vice Chair.

The Chair or Vice Chair will

All of the above should be done within 10 working days of someone raising the complaint.

If it is felt that there is a case to answer, and/or the complainant feels this has not been resolved to satisfaction and wants to go further, then a Panel will be formed by the Executive Committee.

The Panel will consist of three Executive Committee members plus one independent person from another Lib Dem local party, who will chair the Panel.

If the complaint is against a member of the Executive Committee, that member will not be part of the panel. The Panel will:

All of the above should be done within 25 working days of a decision to advance to stage 2.

If it is felt that the case requires a more formal approach – or the panel cannot bring a satisfactory solution and the complainant wants to take this further –  National Liberal Democrat Guidance will be followed and information will be given by the Panel on how to escalate the complaint: