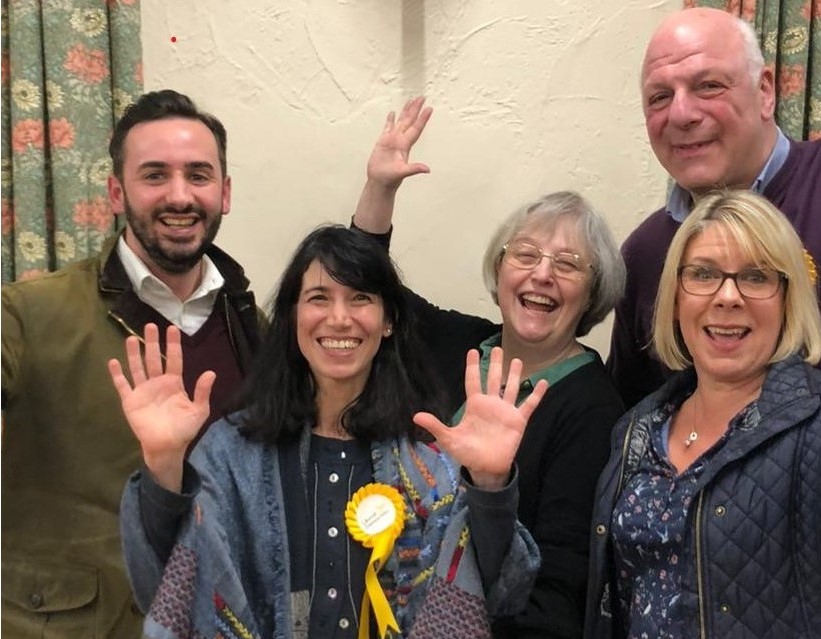 A stunning victory by Manuela Perteghella in the Welford-on-Avon by-election, held on March 12, 2020, following the death of the previous district councillor

In a Conservative heartland and with an intense Tory campaign, as well as candidates from all other parties, Manuela won with an impressive 43% of the vote.

Manuela's background as a local candidate, an elected parish councillor, school governor and executive member of Welford-on-Avon Scouts, gave confidence to many local voters who knew they could trust Manuela to work hard and represent residents.

As a footnote, Stratford Liberal Democrats now have 6 female and 6 male councillors - a perfectly balanced group on the district council.